HomeEnding Systemic Racism Requires Changes to History Class
A- A A+

Ending systemic racism takes a systemic approach by targeting education. Students are making history by creating changes to the US History curriculum in Denver Public Schools. Last year, a group of high school students, young women of color at Dr. Martin Luther King Jr. Early College, explored the National Museum of African American History and Culture in Washington DC. While exploring the museum, the young women took notice that black history was missing from their curriculum. The Museum helped expose them to the education they were missing. After attending the trip, they demanded changes. The Museum of African American History and Culture was so powerful, the students asked for other teachers to visit in order to deeply understand the need for change, to which they agreed. After seeing the gap themselves, changes took hold.

Armed with the education they received during their trip to Washington DC, these amazing young women helped create the “Know Justice, Know Peace” initiative. They created a podcast with the same name. These courageous students are prompting change for all people of color. While helping create curriculum for Black History, they included Asian, Indigenous and Latino History.

US History curiculums teach topics like confederate slavery and the Civil Rights movement but that’s about it. Curriculums have consistently overlooked the accomplishments or by contrast, the attempted genocide against the race. Becoming educated is the best way to understand the struggle. By understanding how systemic racism became embedded in our culture we can begin to change it.

After the popular HBO series “the Watchman” aired their first episode depicting the Tusla Race massacre, an entire generation was introduced to a piece of black history largely overlooked. The Tulsa Race massacre graphically shown in the television series gave us the stark reality of racism in the US. But what was even more disturbing was that most people had never heard of it. US History curriculum’s were complicit in covering up the Tulsa Race Massacre. Hiding the Tulsa Race massacre exemplifies the consistent elimination of black history. Having the HBO series educate the populace as opposed to the US History class is a sad reality we have come to accept, but not these young women.

The actions of these young women makes black history for 2020. It is inspiring to see them pushing valuable changes to the education system that will forever change the minds of our youth. By creating an inclusive US History environment, we create equality. Education is the key to eliminating systemic racism and the young women involved in the “Know Justice, Know Peace” initiative are making the world a better place.

For more information on the “Know Justice, Know Peace”  initative, we encourage you to like their Facebook Page and watch their podcast on their Youtube channel.  These young women in the Denver Public School system have a bright future and have given other schools a path to ending systemic racism through systemic changes.  We hope to see the  “Know Justice, Know Peace” initiative gain traction and become embedded into the public school system.

YWCA-MC is committed to eliminating racism and empowering women.  We are fully funded by donations.  If you want to join our mission, consider donating online now by clicking the heart below. 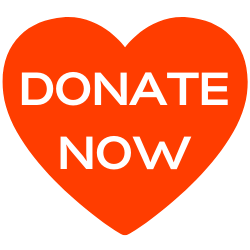