HomeLegislative Priorities for the YWCA
A- A A+

Today we know that one in three women will experience domestic violence and more than three women are murdered by their partners each day. Domestic violence occurs across all races, ages, incomes, and ethnic backgrounds with disproportionate impacts for women of color and other marginalized communities. It’s time we took a stand to end these systemic acts and support survivors of gender-based violence. -YWCA

1. The Violence Against Women Reauthorization Act of 2019 (VAWA) (S. 2843) is critical and lifesaving legislation that maintains safety protections important to all survivors, particularly women of color and other marginalized communities. This bill also makes modest, but vital, improvements to provide the resources critical to supporting all survivors and their needs.

VAWA passed the House of Representatives with bipartisan support and now it’s time for the Senate to act. The Violence Against Women Reauthorization Act would specifically:

The Act has since expired and was voted to reauthorize yet the gridlock in Washington has stalled the act.  We are pushing to reauthorize and hope you will take a stand and force the Senate to vote regardless of your political affiliation.

2.  The Family Violence Prevention and Services Act (FVPSA) is a United States law, first   authorized as part of the Child Abuse Amendments of 1984 (PL 98–457), that provides federal funding to help victims of domestic violence and their dependent children by providing shelter and related help, offering violence prevention programs, and improving how service agencies work together in communities.

3. Advance opportunities to promote and support economic security for survivors of gender-based violence

4. Pass the End Racial (and Religious) Profiling Act (ERRPA) and advance other opportunities to end the criminalization of people of color

5. Support trauma-informed care for children and families exposed to violence and abuse

If these initiatives fall in line with your values, please consider a donation.  Your donation will directly affect those affected by Domestic Violence.  We have made so much progress, lets keep moving forward. 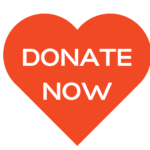