HomeDomestic Servitude in Monterey County
A- A A+

Domestic Servitude in Monterey County, a type of Labor Trafficking you need to be aware of.

What is Labor Trafficking? 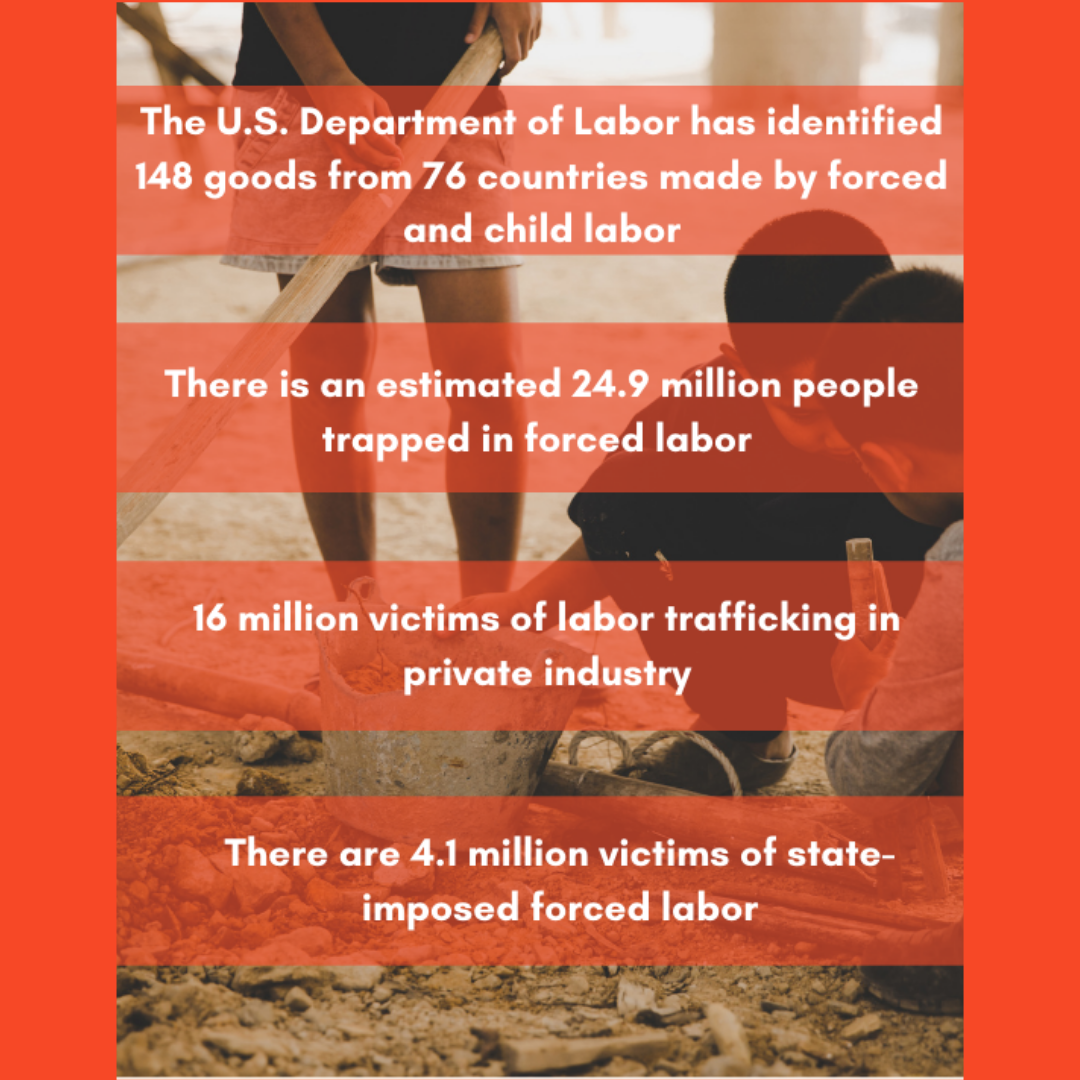 LaborTrafficking is a type of modern-day slavery that occurs when individuals are compelled by force, fruad or coercion to perform labor or service within a household or commercial setting.

Labor Trafficking includes situations of debt bondage, forced labor and involuntary child labor. Labor traffickers use violence, threats, lies and other forms of coercion to force people to work against their will in many industries. Labor trafficking is a highly profitable industry.

Common types of labor trafficking include people forced to work in homes as domestic servants, farmworkers coerced through violence as they harvest crops or factory workers held in inhumane conditions with little to no pay.

During the 2019-2020 fiscal year, we served an increased number of survivors of labor trafficking; this is due to an increase in overall awareness and outreach to the counties main areas of employment by the YWCA-MC and other lcoal partners on the issue. Overall a quarter of our clients served experienced either labor trafficking or both labor and sex trafficking.

We begin providing services by assessing the survivors immediate needs including access to housing, therapy services or legal advocacy. Whatever the need, YWCA Monterey County demonstrated success in holistically working with clients.

Looking specifically at Salinas Valley, agricultural workers bring in sales of approximately $9 billion in produce annually with 67% of the nation’s lettuce produced here in the valley. Our county’s migrant population thrives in the agricultural market provided by Monterey County.  The Department of State has identified agriculture is a primary source of labor trafficking for undocumented individuals seeking employment.  This makes undocumented people in Montery County especially susceptible to labor trafficking due to the substantial agricultural industy in Salinas valley.  Additionally Monterey County has a large hospitality sector that largely relies on a low-paid workforce. 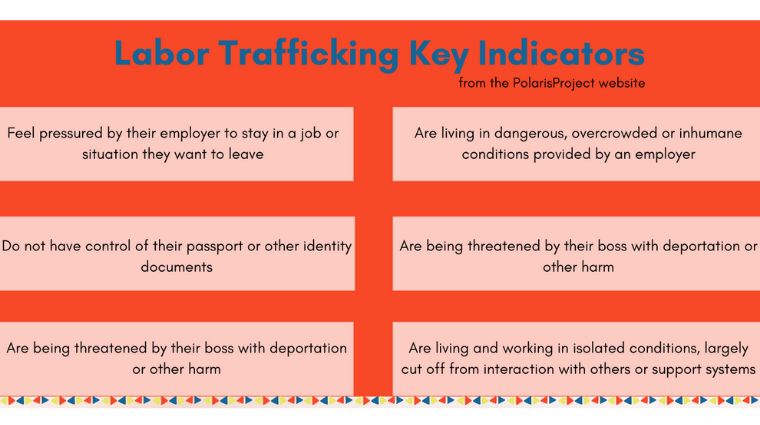 A form of trafficking which is extremely difficult to detect because the work is perfomed at the traffickers private residence. This allows the trafficker to camouflage any exploitation and control of someone. 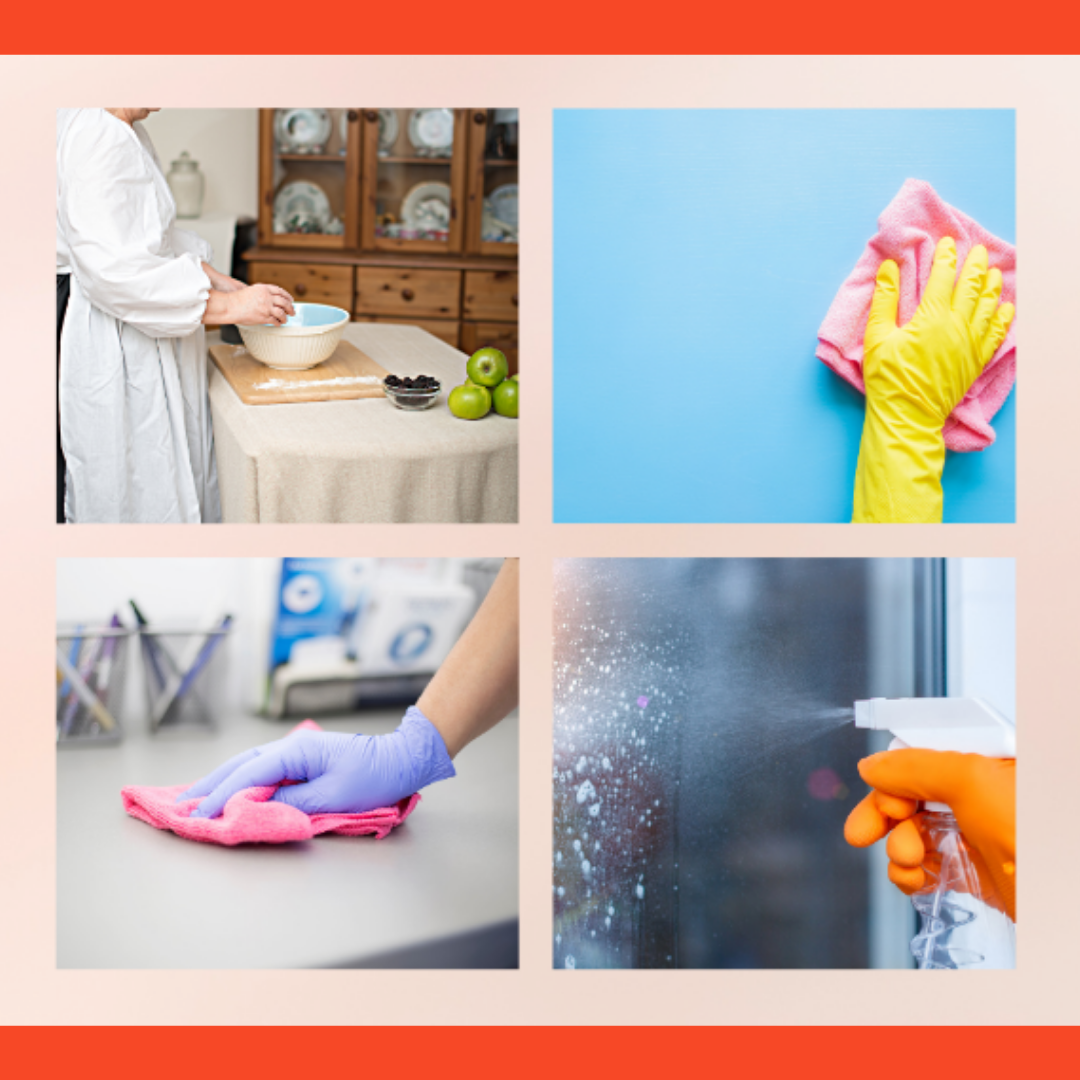 Victims of domestic servitude in the U.S. are most often foreign national women with or without documentation living in the home of their trafficker. Although these cases are less common, men and boys may also become victims of labor trafficking and domestic servitude. According to the National Domestic Workers Hotline, in the US 65% of domestic workers are immigrants or people of color. A majority of victims of trafficking are recruited by a trafficker and through family or community ties.

Our goal for the 2021 year is to increase our partnerships with local law enforcement and other non profits to have a victim focused approach to handling the issue of Human Trafficking in Monterey County.