HomeWho We AreStaff
A- A A+

In an effort to provide the most effective team to implement our mission, we have chosen these YWCA Monterey County staff members. 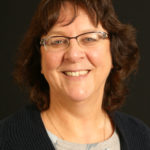 Christine has been involved with the YWCA movement for most of her life. Growing up in Scotland, she attended classes at her local YWCA. For some five years she was CEO of the YWCA Elmira in upstate New York. After this she working in drug and alcohol services in Scotland and wrote the national policy Family Inclusive Practice for supporting families impacted by substance abuse. Christine draws heavily on her clinical skills gained during her MSW studies in Syracuse, New York. For the past eleven years, Christine has been a member of YWCA World Services Council and represented the YWCA on an overseas visit. She is delighted to be back in California near her daughter and friends and is particularly keen to get to know more about both Salinas and Monterey County and is accepting invitations from anyone interested in hearing about the amazing work of YWCA Monterey County staff. Her contact information is cduncan@ywcamc.org. 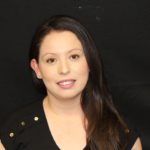 Judith Vargas is the Director of Finance since July 2017. She graduated from California State University, Monterey Bay in December 2010, and obtained a Bachelor’s Degree in Business Administration with a dual concentration in Management/International Business and Entrepreneurship. During her educational trajectory, she got the opportunity to do study abroad in Queretaro, Mexico at the Tecnologico de Monterrey Campus Queretaro. She has a background in working in the non-profit sector in a finance setting and is a true asset to our staff. Among her many talents is a strong skillset for communication including a strong listening ear. She enjoys traveling and spending time with her family. 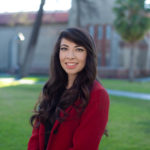 Tiffany joined the YWCA-MC in October 2020 and serves as the Executive Assistant.  Born and raised in Los Angeles, she moved to the bay area to attend graduate school at San José State University and in May 2020 she graduated with her Master of Arts in Communication Studies.  Prior to joining the YWCA, she worked as an Instructor at San José State University while attending graduate school and was an Executive Assistant for a property management company in Los Altos.  She grew passionate about serving her community after observing how economic disparities affected her students during the COVID-19 pandemic.  Outside of work, she enjoys drinking a lot of coffee and watching Gilmore Girls.

Marisol Vasquez has worked in the nonprofit sector in Monterey County for 13 years. While at the YWCA Monterey County, she has overseen the expansion of our Housing First program and is able to draw on her previous experience working to support people with housing needs. In her free time, she enjoys spending time with family and friends. 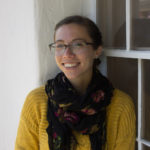 Taryn has been a part of the YWCA MC team since July 2019. In her current role as the Grant Writing and Compliance Specialist, she is responsible for designing and submitting funding applications, overseeing grant administration, and supporting the agency’s overall development needs. Prior to this role, she managed the agency’s volunteer program and in-kind donations. Taryn is a graduate of the Middlebury Institute of International Studies at Monterey, where she received her Master of Public Administration degree and specialized in Migration, Trafficking, and Human Security. She also holds a BA in Sociology and Anthropology from Lewis & Clark College in Portland, OR. Outside of work, she enjoys exploring the outdoors, cooking, reading, and community activism. 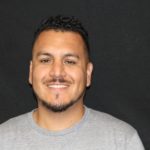 Emanuel first became part of the YWCA family as a Youth Education and Advocacy (YEA) intern in 2012. He is an alumni of California State University, Monterey Bay in Collaborative Health and Human Services. Emanuel has always had the passion to help others help themselves. As a native of Salinas, California, he has seen the high rates of violence among youth and is aiming to help educate and empower the community to help reduce violence. 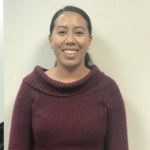 Evelyn Tapia is a first-generation alumna from UC Santa Cruz. She recently graduated with a BA in Sociology and now serves as the YEA facilitator at the YWCA of Monterey County. Before joining the YWCA, she spent time in the education sector tutoring and mentoring low-income and at-risk youth. She has taken part in research focusing on the effects of living in a mixed-status household, though, most recently she has researched the negative health and financial consequences of COVID-19 amongst the agricultural population in Salinas, CA. During her free time, she enjoys spending time outdoors, dipping into a new set of radical books.

Ana is a Licensed Marriage and Family Therapist. As the Direct Services Manager Ana oversees the programs that deal directly with clients, supporting victims of domestic violence, human trafficking, and other crimes. She works with children, adults, couples, and families. Ana received her Masters in counselling psychology with a focus on mental health and counseling skills to work with the Latino/Hispanic community from John F. Kennedy University.  She has been at the YWCA Monterey County for over 10 years during which she has become recognized as a key figure in local human service delivery.

Enrique is a bilingual/ bicultural Licensed Marriage and Family Therapist. Enrique successfully mentors Masters level graduates from regional graduate programs by providing experience and expertise gained in 8+ years offering psychotherapy services to children, adults, couples, and families that are struggling with domestic violence issues. In addition, he provides psychotherapy to victims of crime, and victims of human trafficking. Also, Enrique facilitates domestic violence Psycho-educational groups for victims and perpetrators who have an open case with the department of social services and he delivers a psycho-educational class on domestic violence for clients wishing to remove a criminal protective order.

Angelica is a Registered Associate Marriage and Family Therapist. In collaboration with the Monterey County District Attorney’s Victims’ Services Unit, she works with residents of South Monterey County who are victims of human trafficking, sexual assault and domestic violence. She offers therapeutic support, positive regard and compassion to families, couples, children and individuals. Using an integrative approach to address the immediate needs of clients, including coping skills, self-esteem development, goal setting, and the development of concrete treatment plans, Angelica is appreciative of the ability to co-locate with peer professionals.

Leonela has been with the YWCA since 2008. As an Office Assistant, she played an important role in the functioning of the Monterey Administrative Office and Counseling Center. In 2010, Leonela moved to the Salinas Office, where she was in charge of managing the daily activities for the office and Counseling Center. In 2013 Leonela was promoted to Legal Advocate. She proved to be an asset and showed leadership qualities while in this role. As a result, she was promoted to Lead Legal Advocate in November of 2017 and is now in charge of the program and staff in Legal Advocacy. Leonela’s bilingual language skills enable her to do outreach and connect with the Salinas community. Leonela holds an AA degree in business administration with an emphasis in criminal justice. She enjoys spending her free time with her three children and husband.

Laura Galvan is the Legal Case Manager for the YWCA Monterey County. She is a proud Salinas resident and first generation college graduate from the University of California, Davis. She majored in Political Science with an emphasis in Legal Studies. Before joining the YWCA, Laura has been driven by her interest in Law and its application which, lead her to intern for a local Salinas immigration attorney and go on to intern for the Yolo County District Attorney’s Office. She has a passion for serving her community and hopes to one day run for public office. She hopes to make Salinas a community based in the power of knowledge and empower it to its fullest potential. In her free time, she enjoys spending time with her family, spontaneous adventure and hopes to keep fulfilling her academic career.

Socorro has worked in various roles at the YWCA-MC, including the legal services department and most recently was responsible for all front desk operations including referrals and intakes. She has enjoyed transitioning to our Housing First program where she is able to use her people skills to further the program in order to serve as many clients as possible. At weekends, she enjoys connecting with family and friends at a family ranch.

Michele is an alumna of the University of California, Santa Cruz with a dual degree in Psychology and Philosophy and is a current Master of Social Work student at CSUMB. Michele has previous experience managing a level twelve 8-bed group home as well as a 20-bed co-ed crisis residential shelter program for runaway and homeless youth. Most recently, Michele was working as a counselor at a Short-Term Residential Therapeutic Program before accepting her current position as Shelter Services Manager with YWCA Monterey County. Michele had previously been an intern with YWCA MC’s counseling department providing therapy services for clients impacted by domestic violence before taking on her role at the confidential Domestic Violence Shelter Program.

Diana is originally from San Jose, Costa Rica and has been working for the YWCA Safe House for the last 12 years. Diana has a strong sense of devotion for the nonprofit sector. Diana is passionate about the needs and goals of her clients. In her spare time, Diana enjoys spending time with her family and seeking adventure in the outdoors.

Vielka has been a Domestic Violence Advocate for three years and has over twenty years of work experience in a variety of helping professions throughout Monterey County.  Vielka is a natural caregiver who has a heart for serving others in particular women and children who have experienced trauma caused by domestic violence.  Vielka lives by the principle of treating others with dignity and respect no matter what stage of life that person is in.  Vielka enjoys spending time with family, maintains a healthy lifestyle, and is crazy about dancing.

Lifelong resident of Monterey County with a BA in Criminology with a Minor in Social Welfare. Lupe has worked as an advocate for children and adults with the challenge of domestic violence for 17 years. Lupe is also a Transdisciplinary Infant Family and Early Childhood Mental Health Practitioner, endorsed by the California Center for Infant-Family and Early Childhood Mental Health.

Lena is an Alumnae from California State University, Monterey Bay. Lena’s focus is the Interdisciplinary program with Collaborative Health and Human Services in the concentration of Public Health and Social Work. Lena works as Coordinator of Human Trafficking Services for the YWCA MC where she originally started out as an intern with the Legal Department. Having an amazing Mentor (Leonela Jara) who helped her develop the skills necessary to be an effective collaborator, Lena transferred to work at the Human Trafficking Safe house, as an Advocate and was quickly promoted to Case Manager. Exhibiting skills to adjust, adapt, maintain boundaries and professionalism Lena has now taken on a role of the Human Trafficking Program Coordinator.

Lena was born in King City, California in and was adopted at the age of 3 by two loving parents who gave her a second chance at life. Lena successfully completed her 2 years at Columbia Basin Job Corps in Moses Lake, Wa.  She continued to strive for more by completing her Associate of Arts at Hartnell Community College in the area of Administration of Criminal Justice (ADJ). In her professional journey, Lena has lived by the philosophy “Only the Strong Survive” and that is what has kept her going to be that person for those in need to move forward with any kind of traumatic circumstances they may have encountered. When not working she enjoys spending time with her family, friends, and pets. Lena’s passion is to keep seeking wisdom and to continue to help in the battle of assisting others with support and encouragement and to let them know “They Are Not Alone”.