HomeWe Can Change our Communities: A New Perspective
A- A A+ 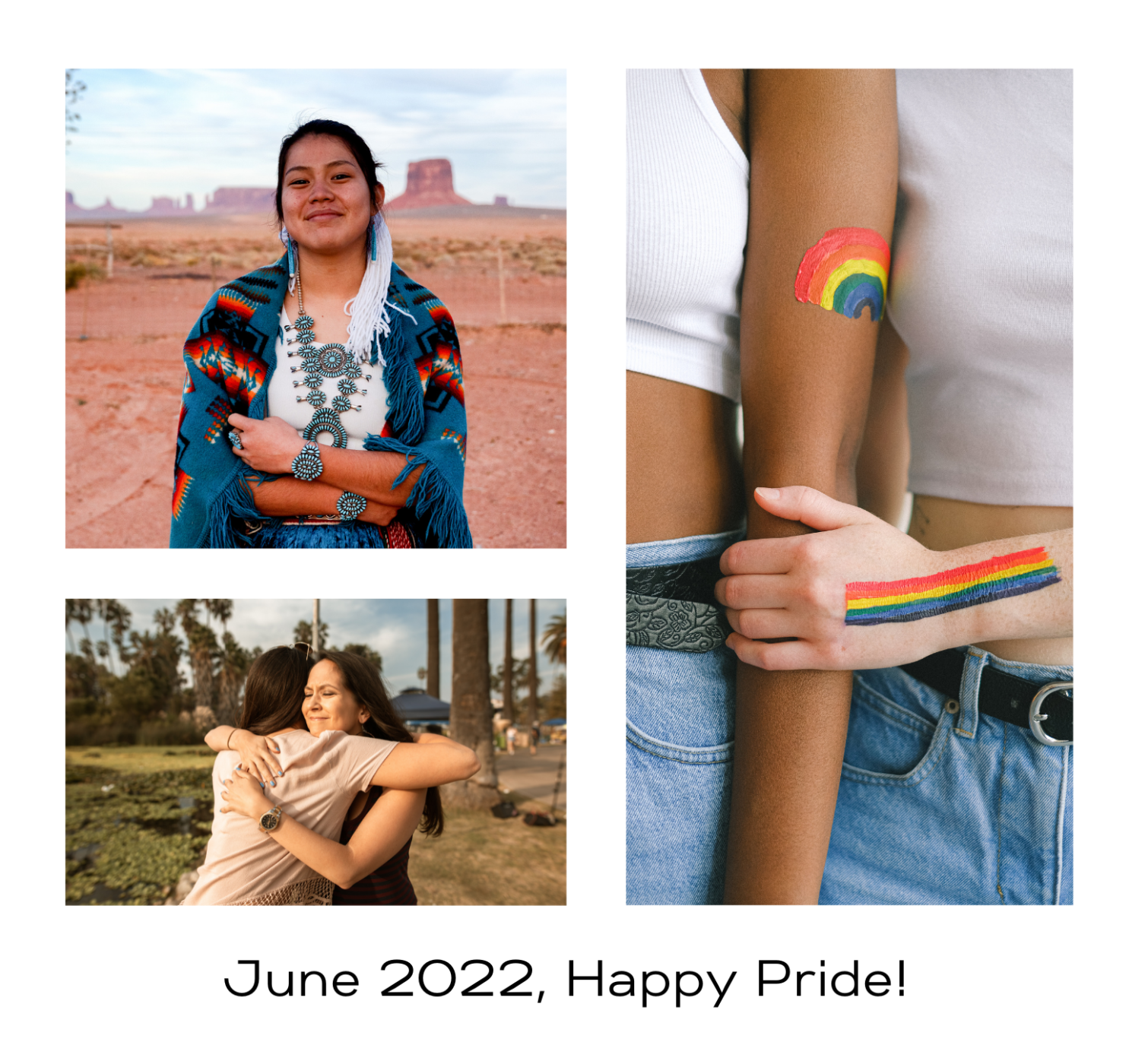 The topic of our virtual conference featuring Cormac Russell

ABCD is not a model but a perspective, a different way of viewing a community to support the recognition of the strengths that are already there by promoting connectedness, potential, and self-empowerment. ‘A stranger is a friend you have not met’, Cormac Russell. Cormac then went on to give numerous examples of connection in creative ways from many years of co-producing globally. The asset approach values the capacity, skills, and potential in a community. It doesn’t only see the problems that need fixing and the gaps that need filling. In an asset-based approach, the glass is half full rather than half-empty. The remaining panel members went on to individually discuss their experiences in connecting communities to ensure well-being and address social and racial inequity with particular references made to victims of human trafficking and their poly victimization and the need for rights-based advocacy.

May 5th was the National Day of Awareness for Missing and Murdered Indigenous Women and Girls. The numbers are staggering and it’s important these women be found and the perpetrators brought to justice. You can do your part by following #MMIW, the hashtag associated with the organization bringing attention to these crimes, MMIW USA 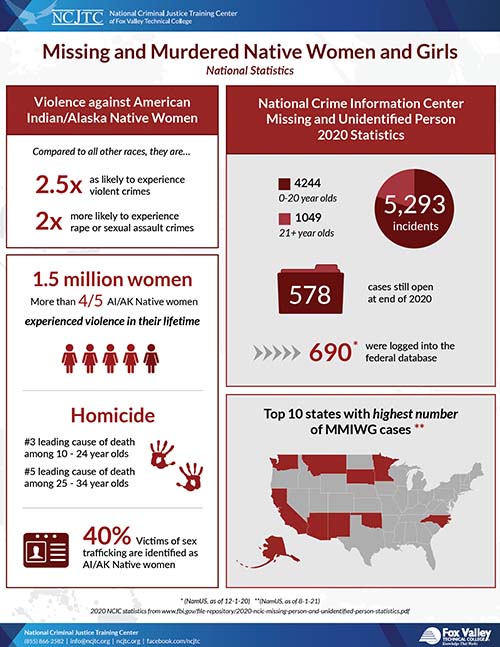 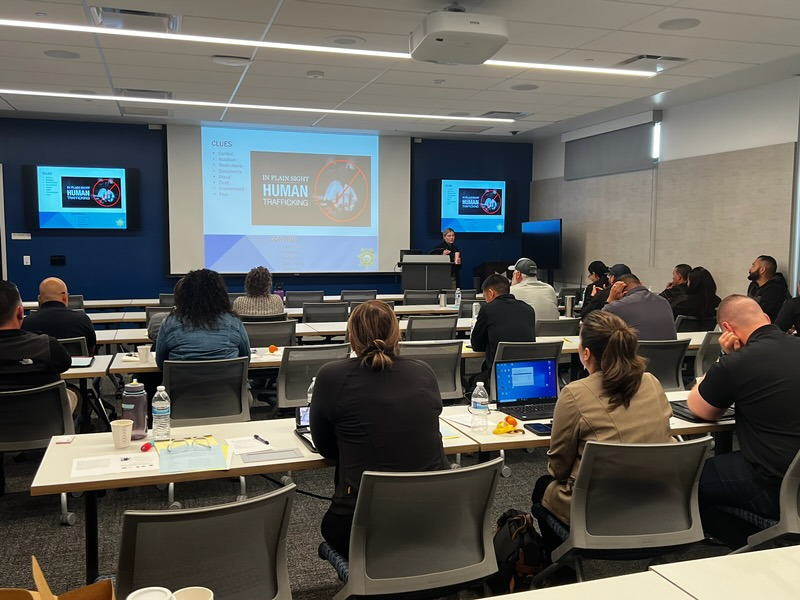 “Someone needs to speak for the Victims, and that is You” were the opening words by Salinas Police Chief Roberto Filice as he welcomed police officers from eleven different Monterey County law enforcement agencies to the Human Trafficking & Commercial Sexual Exploitation of Children training sponsored by the Monterey County Human Trafficking Task Force on May 26,2022.

Santa Clara trainers honed in on three areas; Prevention/Education, Suppression, Intervention/Investigation. Popular music videos were shown depicting sex trafficking as the glamorous life of expensive clothes, jewelry, and cars which from the Officers and Teyanna’s description couldn’t be further from the truth. In reality, the sex worker sees very little of the money earned and is rarely left unattended by their trafficker, oftentimes physically beaten if they are hesitant or say no to performing the work.

Members of the Santa Clara Human Trafficking Unit stressed the involvement of victim advocates as crucial not only to their investigation but primarily for the mental health and support of the victim as well as offering resources such as clothing, food, and shelter. The point was emphasized that without immediate advocate support oftentimes the trafficked victim, who is left with nowhere to go or any family or friends to reach out to, will return to their trafficker.

This same message was brought home by Teyanna, that without the support of the HT Advocate from the YWCA of Monterey County, she would have had no one who cared, and without the YWCA eight-week program consisting of housing and therapy, she most likely would have gone back to “the Game”, a term commonly used for the commercial sex industry.

The attendees finished their day with a presentation listing local resources by Erika Trejo, Director of Community Program at the YWCA Monterey County and Advocate Martamaria Rosado from the Monterey County District Attorney’s Office of Victims of Crime Unit.

The day concluded with Monterey County officers ready to meet regularly to begin a collaborative effort to reduce human trafficking and “speak for the victims” in Monterey County. 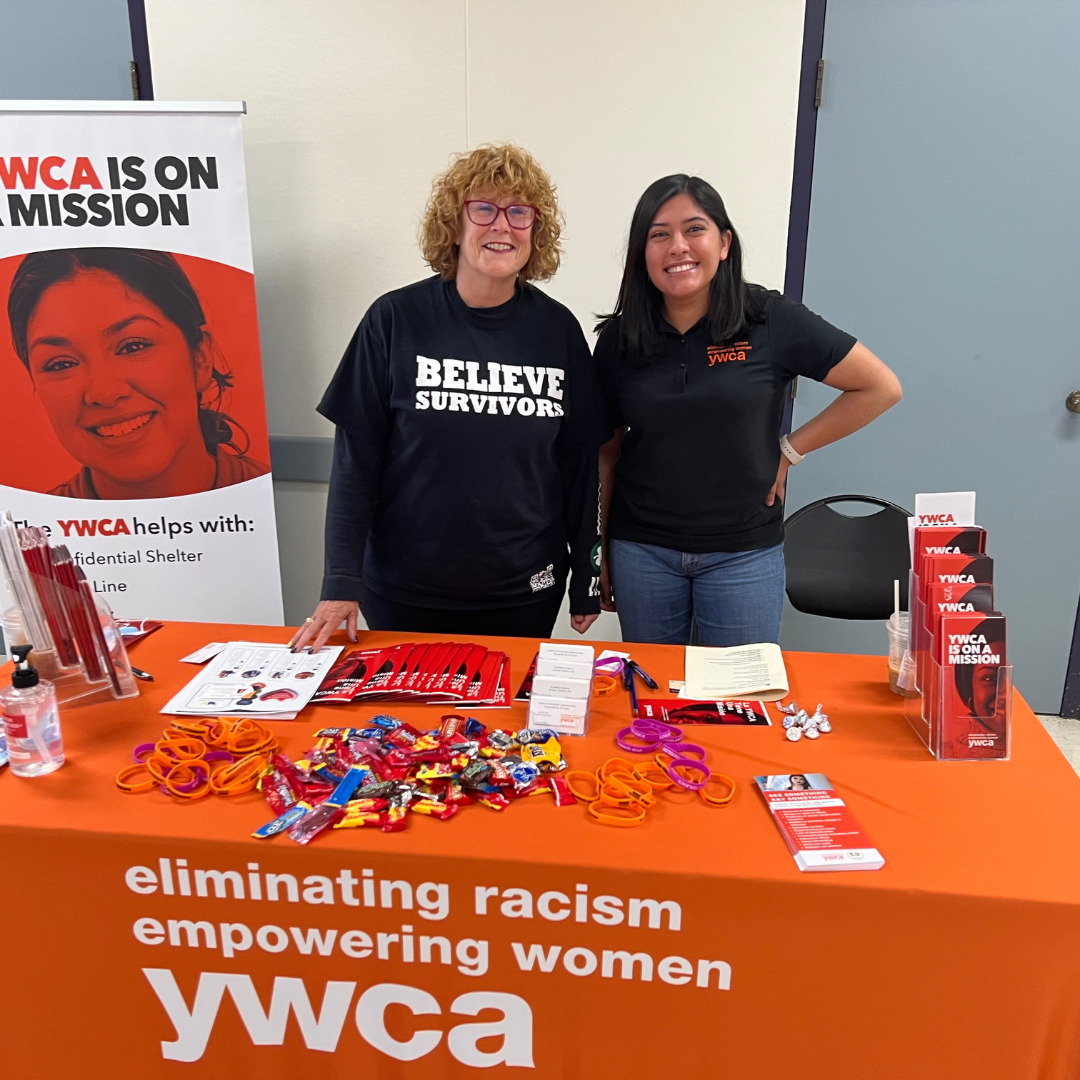 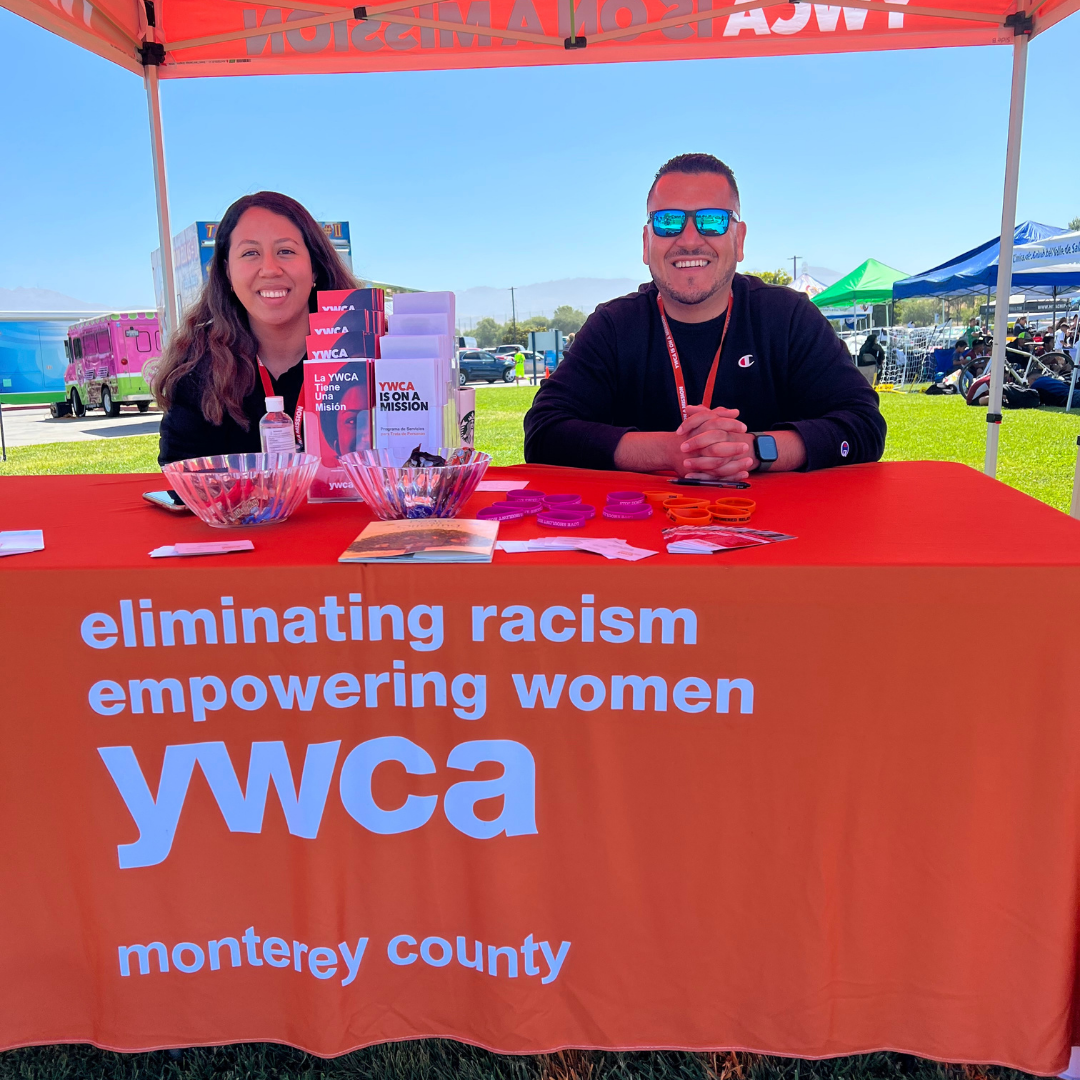 On Saturday, May 21st YWCAMC were in attendance in Seaside at the Family and Community Support Program for their 1st community resource fair. There were about 100 community members in attendance and about 25 agencies sharing resources/networking. Food and refreshments were provided to everyone.

Also on May 21st, our team attended Sports Week hosted by Ventanilla de Salud of the Mexican Consulate. Community outreach is an integral part of our work and we enjoy sharing our mission and the resources available to the community. 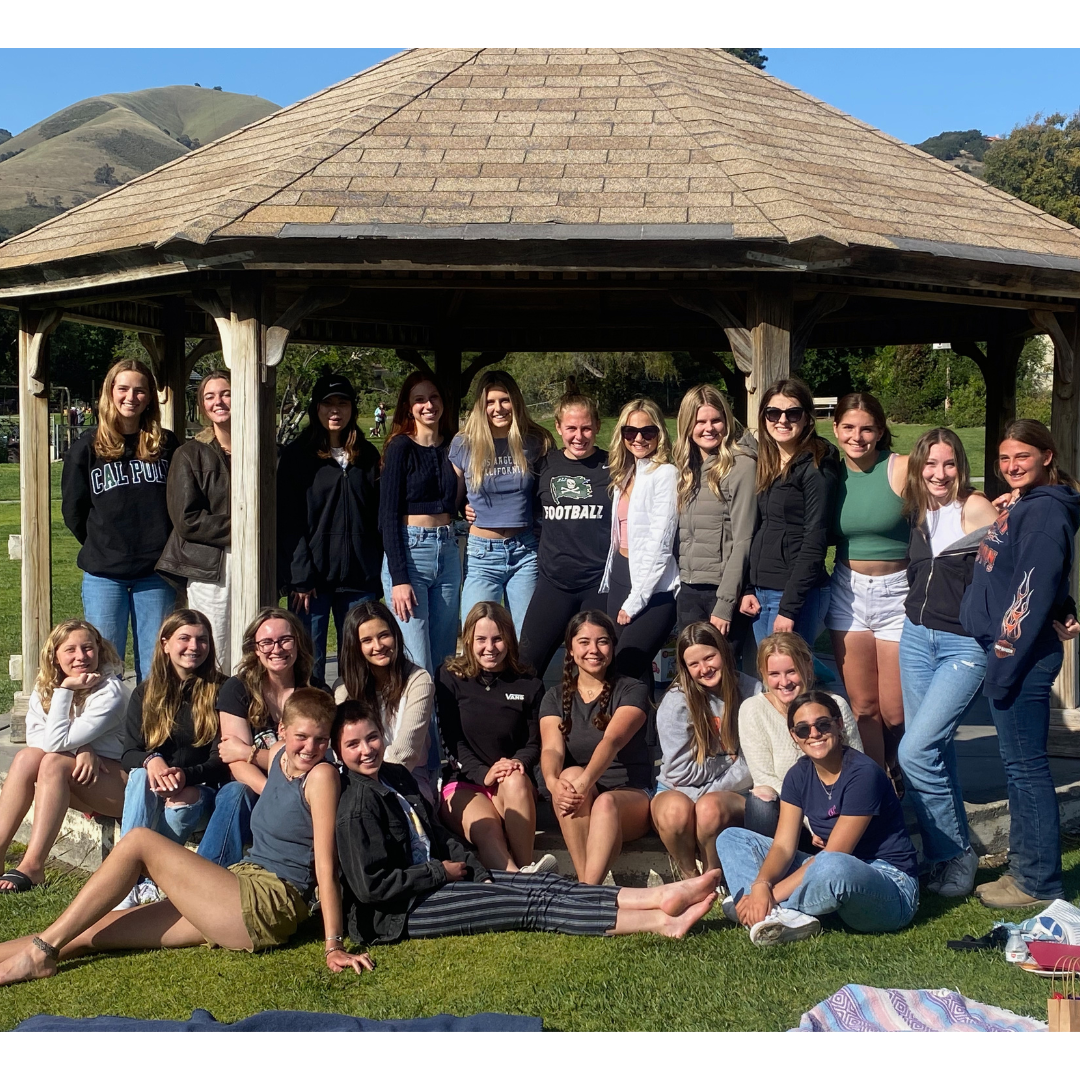 Class of 2023, National Charity League (NCL), Monterey Bay Chapter has been volunteering for YWCA-MC donating a meal to the shelter every week with extra meals around the holidays and for our programs. They constantly include us in donation drives and have donated hygiene products, diapers, feminine hygiene products, wipes, clothes, shoes, and so many other items. They most recently donated birthday boxes that they put together to include balloons, decorations, cake mixes, and other fun birthday stuff.

We had a touching moment where one resident decorated the kitchen and baked a cake to surprise another resident on her birthday! The resident whose birthday it was was so touched and said that it contrasted how with her abusive partner her birthday was always just another day or she would be further put down by her partner. Huge thank you!!! to these amazing women! These are the change-makers that make this world a better place, selfless and committed to serving others. ?

We are an ally to the community as we believe equal rights extend to all marginalized communities. Pride has become a worldwide celebration. You don’t need to be LGBTQ+, the movement is inclusive, and everyone is invited to celebrate by taking pride in who you are. There are so many local events, join a Pride parade you’ll have so much fun at the same time, support your community and support equal rights for all. 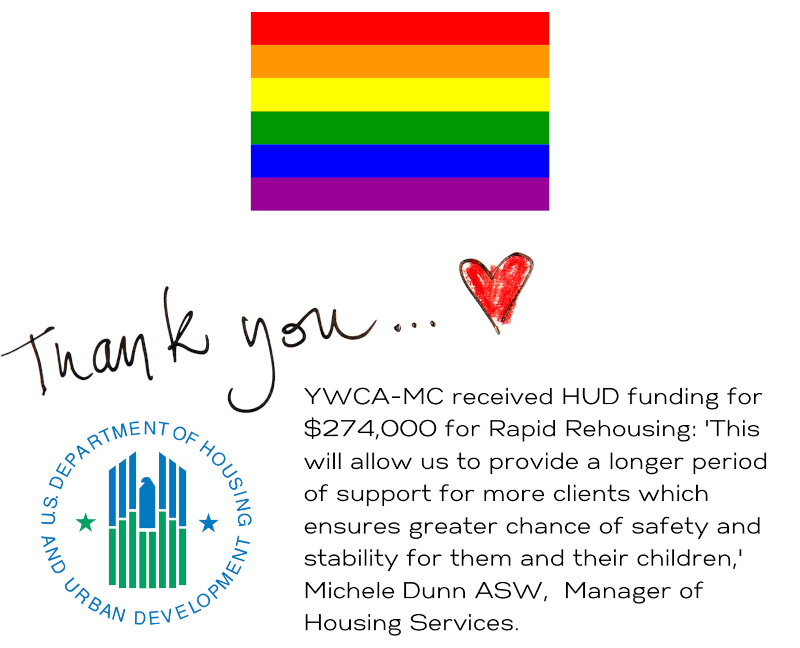